How to install Netflix on Android devices with root

For some time, more experienced and enthusiastic users decide to root their Android devices, thus gaining superuser privileges to get the most out of their smartphones or tablets.

Obviously, there are pros and cons when getting these root permissions, but today let’s talk about something more particular. Netflix, the world-renowned online platform for film and TV series, confirmed that it will sit against those who modify their devices via root. But why?

The motivation is simple: the Californian company wants to protect itself by avoiding users falsifying their geographical location by accessing content reserved for certain markets. This certainly has led many people to wonder if it really is worth losing access to Neftlix to modify their devices.

However there is a way to avoid problems by demonstrating that you can use Netflix on a rooted Android device. If an user is able to root a device, he will also be able to download and install a previous version of the Netflix app than the one in the Play Store containing the block. That’s right.

This guide can be useful also if you want to download and install other apps and games with the same policy as Netflix. Such as Pokémon Go, Super Mario Run, etc. If you are interested, you can check a list of apps blocked in the Play Store for rooted devices.

How to use Netflix on Android rooted devices 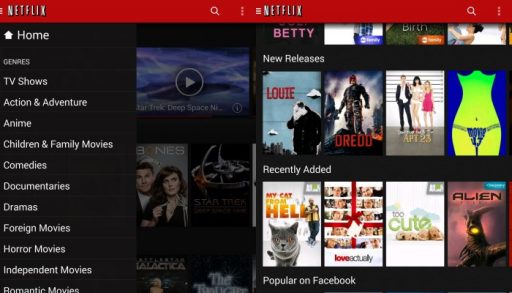 The choice made by Netflix makes a lot of sense in terms of piracy, and it’s a good approximation to more security and to limit the phenomenon of piracy. But not all the owners of a smartphone with root privileges or even just with unlocked bootloader will have these ideas in mind, but need to find a solution on the network, where they can download and install the app if they want to continue using it.

If you are one of these users, just download and then install an old version, without the block, through APK, perhaps downloading it from the reliable APKMirror. We remind you that the procedure is not illegal and has no particular problems. It is a safe site, as you can see, as with some other alternatives to the Google Play Store.